For the first time, a comprehensive 39-page report on intellectual property issues in Vietnam covers the status of infringement of intellectual property rights, counterfeit goods and counterfeit goods issued on the initiative of the International Chamber of Commerce (ICC). called ICC Bascap is called “Promoting and Protecting Intellectual Property in Vietnam” in cooperation with the Vietnam Chamber of Commerce and Industry (VCCI) and the Vietnam International Inspection Center (VIAC).

Regarding intellectual property rights violations, there are three most alarming issues from the ICC Bascap report:

Counterfeit goods are often understood as a specific type of consumer goods forged in external form (but the quality is far inferior to the real goods produced by the manufacturer) to make it difficult for consumers to distinguish what is counterfeit or real goods.

According to Decree 185 / ND-CP of November 15, 2013, there are 8 types of goods if they fall into one of the following cases, they must be classified as counterfeit goods:

Preventive medicines for humans and animals:

Acts of infringing on intellectual property rights in general or trademark infringement in particular must of course be handled by administrative or civil measures under the laws of Vietnam.

However, a violation of an administrative penalty or a civil court claiming damages is insufficient in serious cases as required by the TRIPs agreement, so Vietnam is also forced to criminalize trademark violations if it is concluded to be counterfeit trademarks and is actually carried out on a “commercial scale”

The Law on Intellectual Property of Vietnam has included the above obligations imposed by the TRIPs agreement in Article 213 provided that counterfeit intellectual property goods include 3 types:

Must administrative or criminal liability be determined for the infringer?

It should be noted that in accordance with the law of Vietnam, violators (individuals, organizations) producing, trading and circulating counterfeit goods may not be held criminally liable (administratively sanctioned only) if such person produces, trades, circulates, according to general principles, is concluded to not constitute a compulsory crime as stipulated in the Penal Code 2015.

Acts of producing and trading counterfeit goods (not necessary in relation to counterfeit trademarks) are food and medicines for people theoretically to be prosecuted for criminal liability under Article 193 and Article 194 of the 2015 Criminal Code amended, supplemented, i.e. commercially.

According to Article 226, individuals can be fined from VND 50 million to VND 1 billion, non-confined for up to 3 years or imprisoned for between 6 months and 3 years, if the violations of the individual. at the same time satisfying three factors that constitute a crime:(a) the indivi
dual has intentionally committed a crime

A commercial corporation (a legal or for-profit company) may also be criminally prosecuted under Article 226.

for example, in case of counterfeiting the trademark “Aluminum Viet France Shal”:

According to Clause 4, Article 226, the main penalty for legal people whose violations are determined to constitute a basic crime is a fine of VND 500 million to VND 2 billion or a term of suspension of business. from 06 months to 02 years or there are aggravated conditions as prescribed in Clause 2, Article 226, the main penalty applied is a fine of up to VND 05 billion, if there are all the factors consting the following crimes: 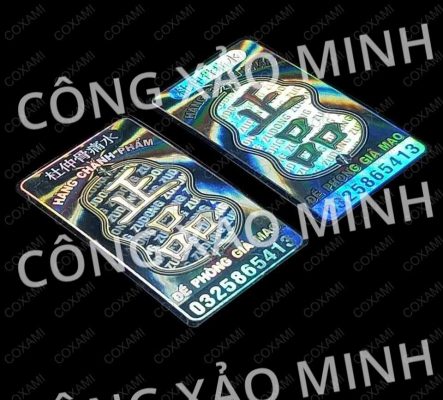